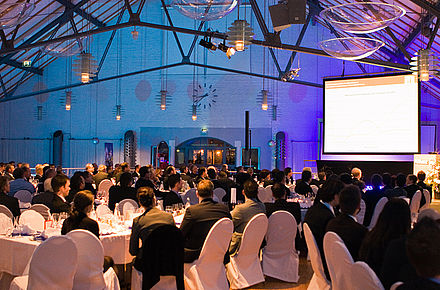 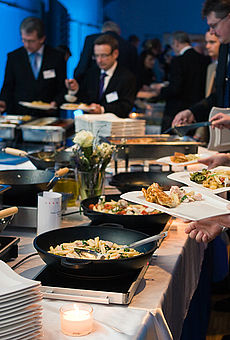 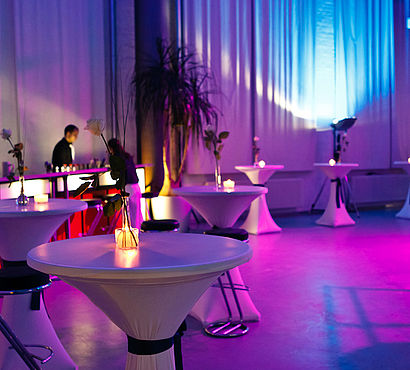 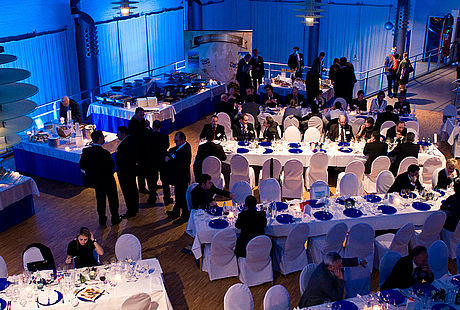 The former gas meter and control building of the Nuremberg gasworks, built in 1905, was converted into a social building with canteen and assembly level between 1992 and 1995.

Since the concept of historic preservation planned the spatial use of the existing building fabric as far as possible, an event level constructed on steel posts was integrated into the main room.